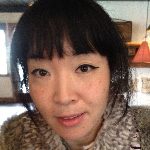 My passion as a director and performer is to question the relationship between audience and performance—to put them in each others way—to cause collision and conflict—with the goal of awakening and transformation. The characters I create are transformers—the weak become strong, the powerful losing power, the good becoming evil—they express unimaginable possibilities. I attempt to throw the audience into the world of these beings and ask them to make their own potentially transformative decisions. We count on the audience to make sounds en masse creating a stormy soundscape that envelopes the theater—an action that without their participation the show does not continue. We ask them to become a cheering mass that through gradual shifts of energy unknowingly turns into a taunting mob that ultimately destroys the story's protagonist. In one work, in an effort to remove the viewers from their usual surroundings, we blindfolded them and led them into a forest to witness a nighttime performance in a secret location, asking them to let go of control in exchange for a completely immersive ritual experience. In another work I used the mass of bodies of the audience as a stage as I physically climbed over them while singing—giving up my control and extending my trust to them. The audience does not have to participate, but the show cannot go on unless they do. My underlying philosophy is that strengthening human connections is the reason for making art, and that true connection cannot take place without conflict, risk, and the constant struggle with fear. Having a background rooted equally in Japanese butoh dance and classical music has a huge influence on my work—and to this mix my collaborators and I bring the aesthetics of punk, protest, cartoons, nightmares, and fairy tales—through horror, comedy and the absurd—creating a nonverbal theatrical experience that aims to achieve a heightened sense of awareness one might find in a sacrificial rite.  Recent projects include a major museum exhibition of my group Degenerate Art Ensemble's work at Seattle's Frye Art Museum and a work curated by director Robert Wilson at the Baryshnikov Center in New York.