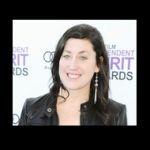 Heather Courtney won an Emmy, an Independent Spirit Award, and a SXSW Jury Award for her film Where Soldiers Come From. The film received great reviews from the New York Times and the Washington Post, and was broadcast nationally on the PBS program POV in November 2011.  It made several Top 10 films of 2011 lists, including Salon’s Best Non-fiction, and was supported by many grants and fellowships including from ITVS, the Sundance Documentary Fund, the United States Artists Fellowship, POV/American Documentary, and the Austin Film Society.  Heather was also a fellow at the Sundance Edit and Story Lab.  She has directed and produced several other documentary films including award-winners Letter From the Other Side, and Los Trabajadores, which were both broadcast nationally on PBS, and were supported by a Fulbright Fellowship and an IDA Award. The Guggenheim fellowship will support a project she is co-directing with award-winning filmmaker Anayansi Prado, currently titled The Unafraid. The verite, multi-year documentary will follow the lives of several undocumented youth now faced with the post-high school reality of being banned immigrants in a state they have called home for most of their childhood, and the growing underground movement that is helping them.  As with all of her projects, the film will tell the personal human stories behind the issues, over a long period of time so that viewers/audience members really get to know the people in the film, and grow to care about them. Prior to receiving her MFA in Film Production, Heather spent eight years writing and photographing for the United Nations and several refugee and immigrant rights organizations, including in the Rwandan refugee camps after the 1994 Rwandan genocide.   She currently splits her time on freelance projects between Austin and Washington, DC, and has been an adjunct professor at the University of Texas.  Heather is from the beautiful Upper Peninsula of Michigan, and is proud to call herself a Yooper.