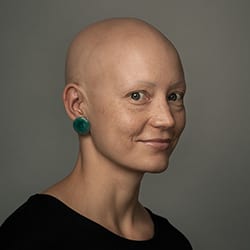 Helen Phillips is the author of five books of fiction, including, most recently, the novel The Need (Simon & Schuster, 2019), which was a 2019 National Book Award nominee, a New York Times Notable Book of 2019, and a TIME Magazine Top 10 Book of 2019. Her short story collection Some Possible Solutions (Henry Holt, 2016) received the 2017 John Gardner Fiction Book Award. Her novel The Beautiful Bureaucrat (Henry Holt, 2015), a New York Times Notable Book of 2015, was a finalist for the New York Public Library's Young Lions Award and the Los Angeles Times Book Prize. Her debut collection And Yet They Were Happy (Leapfrog Press, 2011) was named a notable collection by The Story Prize. She is the recipient of a Rona Jaffe Foundation Writer's Award and the Italo Calvino Prize. Her work has appeared in The Atlantic and the New York Times, and on Selected Shorts. The Los Angeles Times called her “a master at building slightly askew worlds that resemble our own.” An associate professor at Brooklyn College, she lives in Brooklyn with her husband, artist and cartoonist Adam Douglas Thompson, and their children. Photo Credit: David Barry