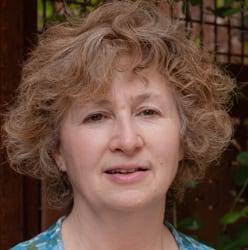 Thinking with literature and history in French is one way I engage with the world – ever since discovering Héloïse on the book shelf. A first generation American, I explore the ways our critical debates are shaped by premodern cultures and the questions they pursued. At Duke University, as with colleagues abroad, I work to understand – and catalyze the creative potential of these cultures. The Master and Minerva, my first book, investigates defamation through the querelle des femmes. It co-won the MLA Scaglione Prize. Medieval Roles for Modern Times tracks the vital effects of playing premodern theater during World War One and in Vichy France. Its French adaptation was featured at the Blois History Book Festival. Thanks to the Guggenheim, I' now building a model of early modern fiction encompassing its full presence in time. How does the visionary writing of Christine de Pizan on labor, or the religious dialogues of Honorat Bovet come back again in innovative ways? Timely Fictions compiles an almanac of literary works that are the opposite of classics:  premodern forms whose making and use over centuries, in different cultures, become just as determining a part of these fictions as their initial creation. Photo Credit: CL Krueger