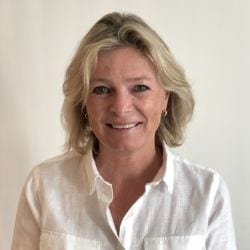 Born in Sweden, Helena Rosenblatt is an intellectual historian with a particular interest in French political and religious thought. She received her B.A. from Barnard College and her M.A. and Ph. D from Columbia University. She is Professor of History at The Graduate Center, CUNY.

Rosenblatt’s first book, Rousseau and Geneva from the First Discourse to the Social Contract, 1749-1762, Cambridge University Press, 1997 analyzes Rousseau’s political thought in the context of his place of birth, the eighteenth-century city-state of Geneva. Her second book, Liberal Values: Benjamin Constant and the Politics of Religion, Cambridge University Press, 2008, explores the role that religion played in this early liberal’s political thought. Her third and most recent book, The Lost History of Liberalism from Ancient Rome to the Twenty-First Century, Princeton University Press, 2018, recovers the moral core of liberalism by tracing the history of the words “liberal” and “liberalism” across the centuries.

Rosenblatt has also published many articles on topics ranging from “The Liberal Mysticism of Madame de Staël” to “Rousseau, Constant, and the Emergence of the Modern Notion of Freedom of Speech.” She is the editor of The Cambridge Companion to Constant, 2009, co-editor (with Raf Geenens )of French Liberalism from Montesquieu to the Present Day, Cambridge University Press, 2012, and co-editor (with Paul Schweigert), of Thinking with Rousseau from Machiavelli to Schmitt, Cambridge University Press, 2017.

As a Guggenheim Fellow, Rosenblatt will be working on an intellectual biography of Madame de Staël (1766-1817) highlighting her contributions to the founding of modern liberalism.