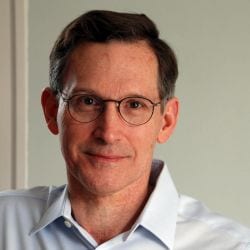 I am Professor of Philosophy at Georgetown University, working on ethics, political philosophy, and practical reasoning. As a Guggenheim Fellow, I will examine how the division of moral labor, which parcels out moral responsibilities among us, copes with the world’s injustices and profound moral disagreements while nonetheless shaping objective moral requirements. This project will flesh out a type of moral theory that I have been abstractly defending for some time now. I call it “constructive ethical pragmatism,” honoring John Dewey’s insight that our “practical intelligence” makes us capable of reframing our deepest commitments on the fly, on the basis of reasons that arise in the context of action.

That we can rationally do this has been a central thesis of my work. My first book, Practical Reasoning about Final Ends (Cambridge 1994) argued that one can rationally set new final ends for oneself. My second book, Democratic Autonomy: Public Reasoning about the Ends of Policy (Oxford 2002), explained how we can do that together via the complexly ramified processes of modern democracy. My 1990 article on “Specifying Norms as a Way to Resolve Concrete Ethical Problems” had argued that our moral reasoning can refine moral norms, but did not attend to who is authorized to do so. Remedying this, my latest book—Articulating the Moral Community (Oxford 2018), defends the possibility of constructive ethical pragmatism by explaining how the moral community—the community of all persons—can authoritatively introduce new, objectively valid moral norms. This process starts, in my view, from the intelligent discretion exercised conscientiously by individuals charged with special moral responsibilities—with duties they owe to specific other people (their children, perhaps, or people they have harmed). In my third book, Moral Entanglements: The Ancillary-Care Obligations of Medical Researchers (Oxford 2012), I had explored in depth the dynamics of such special duties.

Experience with international collaboration has helped me grasp the incredible diversity of the values and views that people actually hold. I was a member and officer of a UNESCO Commission (the World Commission on the Ethics of Science and Technology [COMEST], 2010-13), president of the Human Development and Capability Association (2014-16), and as one of the two chief authors (out of 14) of the framing normative chapter of the report of the International Panel on Social Progress (Rethinking Society for the 21st Century, Cambridge 2018).

My understanding of ethics was deepened by a stint as the editor of Ethics (2008-18). I have help fellowships from the National Endowment for the Humanities and at the Woodrow Wilson International Center for Scholars, the Free University of Berlin (thanks to the Humboldt Foundation), and Princeton’s University Center for Human Values.