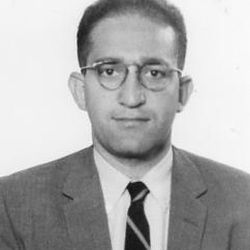 Herbert Blau, currently the Byron W. and Alice L. Lockwood Professor in the Humanities at the University of Washington, has also had a distinguished career in the professional theater. He was (with Jules Irving) co-founder and co-director of The Actor’s Workshop of San Francisco (1952-65), and later co-director of the Repertory Theater of Lincoln Center in New York (1965-68). His last extended work in the theater was as artistic director of the experimental group KRAKEN (1970-81), the groundwork for which was prepared at California Institute of the Arts, the conception of which was Blau’s responsibility as its first Provost, as well as Dean of the School of Theater.

The work of KRAKEN was a radical departure from the already innovative theater with which he had been associated before, including some of the first productions in this country of various controversial, now canonical or exemplary dramatists of the modernist period, such as Brecht, Beckett, Pinter, Ionesco, Whiting, Arden, Duerrenmatt, Frisch, and Genet. At The Actor’s Workshop he also directed the first productions of new American playwrights such as Maria Irene Fornes. Blau has written about this early work in The Impossible Theater: A Manifesto (1964) and has published widely on theater, literature, the visual arts, fashion, and other subjects.

He has had a Ford Foundation grant for his work in the theater and, among other awards, two Guggenheim Fellowships for the books he has written about it. Take Up the Bodies: Theater at the Vanishing Point (1982) develops a theory of theater from his work with KRAKEN, and Blooded Thought: Occasions of Theater (1982) amplifies the theory in a series of essays on postmodern performance. These two books received the George Jean Nathan Award for Dramatic Criticism, and he has also received The Kenyon Review Award for Literary Excellence.

The Eye of Prey: Subversions of the Postmodern (1987) explores the incursion of theatricality in and beyond the arts, in other forms of experience, as well as the sublimations of critical theory. The Audience (1990) is a further extension of what has become a sort of ontology or subatomic view of performance, while To All Appearances: Ideology and Performance (1992) asks the question—in a period of deconstruction, with its ethos of suspicion—what, after all, is the future of illusion?

He followed these works with  Nothing in Itself: Complexions of Fashion (1999); Sails of the Herring Fleet: Essays on Beckett (2000); and another collection of essays spanning a quarter of a century, The Dubious Spectacle: Extremities of Theater, 1976-2000 (2002), which culminates in thinking about “The Limits of Performance.” His most recent books, As If: An Autobiography and Reality Principles: From the Absurd to Virtuality, will be published in 2010.