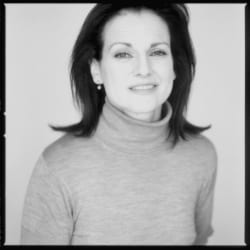 Holly Brubach is a writer whose work has spanned the broad range of her interests, including dance, music, sports, fashion, architecture, and design. A former Staff Writer for The Atlantic and The New Yorker, she also served as the Style Editor of the New York Times Magazine. Her freelance articles have appeared in Vanity Fair, Architectural Digest, W, The Gentlewoman, Gourmet, Vogue, Departures, Ballet News, Golf Digest, and other magazines. Living in New York, Paris, Milan, and now Pittsburgh, Brubach has examined cultural differences and their ramifications in matters as diverse as unwritten local dress codes, the survival of historic buildings, and hospital etiquette.

Her first book, “Choura: The Memoirs of Alexandra Danilova,” a collaboration with the eminent ballerina, won the De La Torre Bueno prize for Best Dance Book of the Year in 1986. “Girlfriend: Men, Women & Drag,” her meditation on drag queens and clichés of femininity in eight different cultures, from Bangkok to Berlin, was named one of the New York Times 100 Most Notable Books of the Year in 1998. “A Dedicated Follower of Fashion,” an anthology, brings together her essays on matters of style.

Brubach has also written for film and television, including several Emmy award-winning programs for PBS about dance--among them, “Balanchine,” a two-hour documentary on the great choreographer’s life and work. The Guggenheim Fellowship will further her current project, a biography of Tanaquil Le Clercq, a great ballerina and George Balanchine’s fifth and last wife.