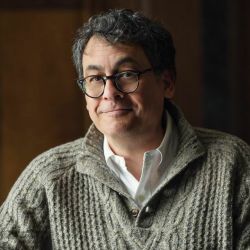 Howard Markel, M.D., Ph.D. is the George E. Wantz Distinguished Professor of the History of Medicine, Professor of Pediatrics, Psychiatry, Health Management and Policy, English, and History, and Director of the Center for the History of Medicine at the University of Michigan. An acclaimed social and cultural historian of medicine, public health, and epidemics, Dr. Markel is the author, co-author, or co-editor of ten books including the award winning Quarantine!, When Germs Travel, and the nationally best-selling An Anatomy of Addiction. In addition, Dr. Markel has contributed over 350 articles to scholarly publications and popular periodicals ranging from the New England Journal of Medicine to the New York Times. He is also a regular contributor to PBS NewsHour.org and the Editor-in-Chief of The Milbank Quarterly, which enjoys the highest ISI Web of Knowledge impact factor score among peer-reviewed, health policy and population health journals.

From 2006 to the present, Dr. Markel has served as the principal historical consultant on influenza pandemic preparedness for the U.S. Centers for Disease Control and Prevention (CDC). His research was part of the evidence base for community mitigation strategies employed by the World Health Organization, the CDC, the Mexican Ministry of Health, and numerous state, provincial and municipal health departments around the globe during the 2009 influenza pandemic. In collaboration with the CDC, he is Editor-in Chief of The 1918-1919 American Influenza Pandemic: A Digital Encyclopedia and Archive. His many honors include the James A. Shannon Director’s Award of the National Institutes of Health, the Burroughs-Wellcome Trust 40th Anniversary History of Medicine Award, and the Robert Wood Johnson Foundation Generalist Faculty Scholars Award. In 1998, he was named a Centennial Historian of the City of New York and from 1999 to 2000 was an Inaugural Fellow at the Center for Scholars and Writers of the New York Public Library. In 2003 he won the Arthur Viseltear Award of the American Public Health Association and in 2007, he received the Robert Wood Johnson Foundation Investigator Award in Health Policy Research. In 2008, Dr. Markel was elected into the Institute of Medicine of the National Academy of Sciences, which cited his influenza work as among “the most novel and potently practical applications of medical history research ever conducted.”

During his Guggenheim fellowship, Dr. Markel will be completing a book entitled “The Pursuit of Wellness: John Harvey Kellogg and the Rise of American Medicine.” He will tell the story of Dr. John Harvey Kellogg, who invented the concept of “wellness” and preventive medicine at the famed Battle Creek Sanitarium, and his younger brother, Will Kellogg, who took John Harvey’s most famous creation--a health food they called Corn Flakes-- and expanded it into what became a world famous cereal company. The book will explore the development of modern medicine, the creation of food manufacturing, mass advertising and marketing in America, and a contentious relationship between two brothers who, literally, changed the world.