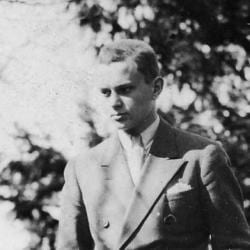 WADE, HUGH MASON.  Appointed for the preparation of a book on the intellectual awakening of French Canada after 1760, based upon the extensive correspondence of Francis Parkman with the principal French Canadian, English Canadian, French, and American writers on New France; tenure, twelve months from April 1, 1943.