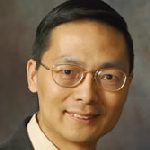 Dr. Huimin Zhao is the Centennial Endowed Chair Professor of chemical and biomolecular engineering, and professor of chemistry, biochemistry, biophysics, and bioengineering at the University of Illinois at Urbana-Champaign (UIUC).  He received his B.S. degree in Biology from the University of Science and Technology of China in 1992 and his Ph.D. degree in Chemistry from the California Institute of Technology in 1998 under the guidance of Dr. Frances Arnold.  Prior to joining UIUC in 2000, he was a project leader at the Industrial Biotechnology Laboratory of the Dow Chemical Company.  He was promoted to full professor in 2008.  Dr. Zhao has authored and co-authored more than 120 research articles and 16 issued and pending patent applications, with several being licensed by industry.  In addition, he has given plenary, keynote, or invited lectures in more than 150 international meetings and institutions.  Dr. Zhao received numerous research and teaching awards and honors, including Fellow of the American Association for the Advancement of Science (AAAS) (2010), Fellow of the American Institute of Medical and Biological Engineering (AIMBE) (2009), American Institute of Chemical Engineers (AIChE) Food, Pharmaceutical, and Bioengineering Division Plenary Award Lecturer (2009), the American Chemical Society (ACS) Division of Biochemical Technology Young Investigator Award (2008), Outstanding Overseas Young Chinese Scholars Award (2007), DuPont Young Professor Award (2005), National Science Foundation CAREER Award (2004), Dow Chemical Special Recognition Award (1999), Xerox Award for Faculty Research from UIUC College of Engineering (2005), Petit Scholar from UIUC College of Liberal Arts and Sciences (2006), and University Scholar from UIUC (2007).  Dr. Zhao served as a consultant for over ten companies such as Pfizer, Maxygen, BP, Gevo, and zuChem, and as a Scientific Advisory Board member of Gevo and Myriant Technologies.  He is an Associate Editor of ACS Catalysis and an editor of Journal of Industrial Microbiology and Biotechnology.  His primary research interests are in the development and applications of synthetic biology tools to address society’s most daunting challenges in human health and energy, and in the fundamental aspects of enzyme catalysis and gene regulation.