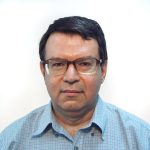 Igor R. Klebanov is a theoretical physicist who has authored over 175 articles on subjects ranging from quantum field theory and particle physics to string theory and cosmology. Klebanov has done foundational research on exact relations between quantum gauge theory and string theory. In particular, he helped formulate the widely used AdS/CFT dictionary which relates observables in a conformally invariant field theory to properties of strings in the curved Anti-de Sitter space. Klebanov co-authored a paper on this subject which is among the top cited high-energy physics articles of all time in the SPIRES catalogue. He is also known for a curved space-time that describes gauge theory exhibiting color confinement. More recently, he has been working on applications of these methods to cosmology and to many-body physics.

Klebanov is a member of the American Physical Society and a General Member of the Aspen Center for Physics. He is on the Advisory Boards at the Kavli Insitute for Theoretical Physics in Santa Barbara and at the Perimeter Institute in Waterloo, Ontario. His honors include a Sloan Fellowship (1991), a Presidential Young Investigator Award (1991), Princeton University Thomas D. Jones Professorship in Mathematical Physics (2000 and 2006), and a Graduate Mentoring Award (2010).