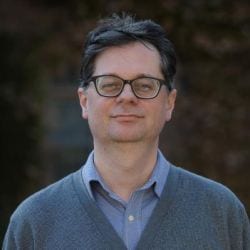 THE ABSOLUTE FAKER: The American Dreams of a Russian Con Man

Ilya Vinitsky is Professor of Russian literature in the Slavic Department at Princeton University. His main fields of expertise are Russian Romanticism and Realism, the history of emotions, and nineteenth- century intellectual and spiritual history. His books include Vasily Zhukovsky’s Romanticism and the Emotional History of Russia (Northwestern University Press, 2015), Ghostly Paradoxes: Modern Spiritualism and Russian Culture in the Age of Realism (Toronto University Press, 2009; Choice Magazine’s list of Outstanding Academic Titles for 2010) and A Cultural History of Russian Literature, co-written with Andrew Baruch Wachtel (Polity Press, 2009). He also co-edited Madness and the Mad in Russian Culture (University of Toronto Press, 2007) and published a chapter on the history of madness in literature and art in the recent Routledge History of Madness & Mental Health. His most personal book, The Count of Sardinia: Dmitry Khvostov and Russian Culture (New Literary Observer, 2017; in Russian) investigates the phenomenon of anti-poetry in Russian literary tradition from the 18th through the 21st century and focuses on the literary biography and cultural function of the king of Russian bad poets, Count Dmitry Khvostov. This book received a 2018 Marc Raeff's Book Prize of the Eighteenth-Century Russian Studies Association.

For the period of the 2019-2020 Guggenheim Fellowship, Ilya Vinitsky will work on his new research project on the cultural biography and political imagination of Ivan Narodny, a Russian-Estonian-American “revolutionist,” arms dealer, journalist, writer, art critic and promoter. The “founder” of the “United States of Russia” and the author of its Declaration of Independence, he was also the creator of numerous heretofore unidentified literary frauds and mystifications, including the legend of Shamballa (source of the celebrated novel and film “Lost Horizon”), which spread all over the world via the Hearst newspaper agency that employed him. The project aims to develop a new interdisciplinary methodology for analyzing the phenomenon exemplified by this conman and, eventually, to lay the foundation for a new historical (sub)discipline dealing with the formation and cultural values of liars, forgers, and mystifiers.