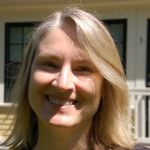 Ms. Monson is the author of Freedom Sounds: Civil Rights Call Out to Jazz and Africa (Oxford UP, 2007), Saying Something: Jazz Improvisation and Interaction (University of Chicago Press, 1996), and an edited a volume entitled The African Diaspora: A Musical Perspective (Garland/Routledge, 2000). Her most recent article, “Hearing, Seeing, and Perceptual Agency” (Critical Inquiry, 2008) explores the implications of work on cognition and perception for poststructural theoretical issues in the humanities. She is currently working on a book about Malian balafonist Neba Solo.

Her articles have appeared in Ethnomusicology, Critical Inquiry, Journal of the American Musicological Society, Black Music Research Journal, Women and Music, and several edited volumes. She began her career as a trumpet player and has recently been studying contemporary Senufo balafon.