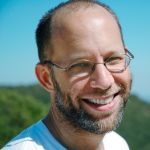 Ira Sachs is a filmmaker based in New York City. His most recent film, Keep the Lights On, premiered at the 2012 Sundance Film Festival and was awarded the Teddy Award at the 2012 Berlin Film Festival. Sachs’ previous work includes Married Life, The Delta, and the 2005 Sundance Grand Jury Prize–winning Forty Shades of Blue.  His short film, Last Address, honoring a group of New York City artists who died of AIDS, has been included in the permanent collections of the Whitney Museum of American Art and the Museum of Modern Art.

Sachs has also been an Advisor at the Sundance Institute Directors & Writers Labs and a resident artist at both Yaddo and the MacDowell Colony. An Adjunct Professor in the Graduate Department of Film at NYU, Sachs is the co-founder of the monthly arts series Queer/Art/Film, as well as Queer/Art/Mentorship, a program that pairs and supports mentorship between queer working artists in New York City.

He is presently working on a new film, Love Is Strange, with Alfred Molina and Michael Gambon, to be shot this summer in New York City.