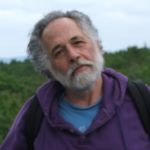 Ira Sadoff was born in Brooklyn, New York, in 1945 and grew up in New York City and environs. He graduated from Cornell University and received an M.F.A. from the University of Oregon. He is the author of seven collections of poetry (most recently Barter, and Grazing, published by the University of Illinois), a novel, O. Henry prize-winning short stories, and The Ira Sadoff Reader (a collection of stories, poems, and essays about contemporary poetry). He is the recipient of a Creative Arts Fellowship from the National Endowment of the Arts. His poems have been widely anthologized, including in the Harper Anthology of American Literature, and The Bedford Introduction to Literature, Great American Prose Poems, and The Best American Poetry volumes for 2002 and 2008. His newest critical book, History Matters: Contemporary Poetry on the Margins of Culture, on the relationship between poetry and culture, was published in 2009 by the University of Iowa Press.