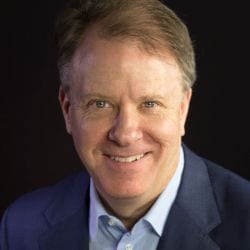 Joe Manning is the William K. and Marilyn M. Simpson Professor of History and of Classics at Yale University, with additional appointments in the Department of Near Eastern Languages and Civilizations, Yale Law School, and the School of Forestry and Environmental Studies. He is co-Director of Archaia, the Yale Initiative for the Study of Antiquity and the Premodern World. Before coming to Yale, Manning taught for 12 years at Stanford University and two years at Princeton University.

Born in Champaign, Illinois, Joe Manning grew up in the Chicago area. He studied Art History, History and ancient languages at The Ohio State University and took his A.M. and Ph.D. degrees at the University of Chicago. A yearlong fellowship from the American Research Center in Egypt based in Cairo allowed him to travel widely within Egypt and gain a detailed understanding of its landscape and complex geography. He has been a Solmsen Fellow at the University of Wisconsin-Madison, a fellow at the Humanities Center at Stanford University, a fellow at the Whitney Humanities Center at Yale, a visitor at the Paris School of Economics and a National Fellow at the Hoover Institution.

Manning is an historian of the Hellenistic world, concentrating on the rich documentation from Ptolemaic Egypt, and an economic historian of the pre-industrial world. His most recent book is The Open Sea. The Economic Life of the Ancient Mediterranean World from the Iron Age to the Rise of Rome (2018). The book highlights the great progress that has been made in recent years in understanding ancient economies in terms of theory and methods, but also argues that approaches to ancient economic life must integrate the environmental conditions and constraints into more dynamic treatments of change over time. Other books include Land and Power in Ptolemaic Egypt. The structure of land tenure 332-30 BCE (2003), and The last pharaohs. Egypt under the Ptolemies, 305 – 30 BC (2009).

Manning’s work over the last five years has been primarily dedicated to understanding the different dimensions and scales of climatic change in the pre-industrial world. He is the Principal Investigator of a US National Science Foundation-funded major project assessing volcanic impacts on Nile river hydroclimate and ancient Egyptian civilization. As part of the project the team is more broadly examining all relevant paleoclimate proxy records and all relevant historical data from the Ptolemaic and Roman periods in Egypt, the Nile river basin, and western Asia. The focus of the project, with a great team of scientists and other historians, has been on climate proxy records in polar ice cores and the volcanic forcing of the East African Monsoon, the source of the vital annual flood of the Nile. From this starting point the team is building a new picture of the pre-industrial world by linking ice core records, other paleoclimate proxy records and historical data on environmental conditions and climatic change to establish the range of societal responses.

As a Guggenheim Fellow, he will be writing a major new synthesis of History and climatic change. It takes as its starting point the fact that History matters, and that understanding the historical dimensions of climate change and human responses to various kinds of change is an important aspect of coping with the future impacts of global warming.

He is an avid cyclist and an experienced mountain climber.