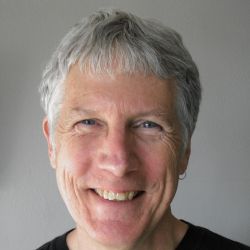 Jack’s producing and executive producing credits include Screaming Queens: The Riot at Compton’s Cafeteria, 2005; Girl Trouble, 2004; Hope Along the Wind: The Life of Harry Hay, 2001; And then One Night: The Making of Dead Man Walking, 2001; the PBS series Independent View, 2000-2001; and The Amazing Voyage of Gustave Flaubert and Raymond Roussel, 1986.

In additional to being an artist, Jack possesses a life-long commitment to independent media and supporting the organizations that work on behalf of independent film and video makers, and to mentoring the next generation of artists and nonprofit arts leaders. After completing film school at San Francisco State University, he worked for maverick independent filmmaker Peter Adair before taking the position as executive director of the legendary Collective for Living Cinema in New York. Returning to the Bay Area in the 90s, Jack became Series Producer of the innovative public television series Living Room Festival, worked as an executive producer at public television station KQED, and most recently was executive director of the media arts service organization National Alliance for Media Arts and Culture (NAMAC). Jack has taught at The City College of New York, California College of the Arts, San Francisco State University, and University of California, San Diego. He holds a B.A. from Temple University and an M.A. from San Francisco State University.

Feelings Are Facts: The Life of Yvonne Rainer, Jack’s most recent film and his documentary directorial debut, premiered in the Documentary Panorama at the Berlin International Film Festival in February, 2015.