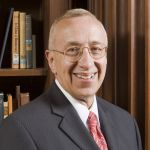 Jaime Lara (Ph.D. Graduate Theological Union and UC Berkeley) works in the intersection of the visual arts and religion through various media (architecture, painting, sculpture, prints). Trained as a medievalist, Mr. Lara examines hybrid artifacts and artistic creations at moments of culture contact, principally the contact that Aztecs and Incas had with a European Christian worldview. He is especially interested in how symbols and metaphors, both verbal and visual, mediated understanding or misunderstanding; and how enacted rituals, liturgy and theater acted as cultural bridges in which there was give and take. This is the theme of his books City, Temple, Stage: Eschatological Architecture and Liturgical Theatrics in New Spain (2004) and Christian Texts for Aztecs: Art and Liturgy in Colonial Mexico (2008). His background in anthropology, theology, and liturgics (i.e., the history of worship) allows him to scan historical moments when missionaries contacted non-Mediterranean cultures like that of the Irish, Saxons, Mongols, or New World, and there resulted innovative works of art that fused the values, thought, and worldview of both societies. During his Fellowship term, Mr. Lara is working on two publications, both related to the Andes: a book on the novel Baroque iconography of St. Francis of Assisi as a flying warrior angel, and a monograph on the Andean-Christian architecture of sunlight.

Jaime Lara has taught at California State University in Los Angeles and at Yale University in its Divinity School and Institute of Sacred Music. His work has also been supported by the Center for Advanced Studies in the Visual Arts at the National Gallery.