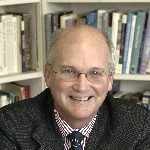 James A. Winn took his undergraduate degree at Princeton summa cum laude and received his Ph.D. from Yale, where he wrote his dissertation under Maynard Mack. He has taught at Yale (1974–1983), the University of Michigan (1983–1998), and Boston University, where he is now the William Fairfield Warren Professor of English and Director of the Boston University Center for the Humanities. At Yale, Professor Winn was active in the program in History, the Arts, and Letters, and chaired the Freshman program in Directed Studies. At Michigan, he was the founding Director of the Institute for the Humanities, now one of the leading interdisciplinary institutes in the U.S., for which he raised over $13 million in endowment. At Boston University, he served as Chairman of the Department of English from 1998 until 2007.

Winn’s scholarly work combines a deep commitment to the literature of England in the Restoration and early eighteenth century with a broad interest in the relations between literature and the other arts. His first book, A Window in the Bosom: The Letters of Alexander Pope (1977), was the first extended study of Pope’s correspondence; his second, Unsuspected Eloquence: A History of the Relations between Poetry and Music (1981) remains the only general study of its kind. His biography of Dryden, John Dryden and his World (1987), won the British Humanities Council Prize and the Yale University Press Governors’ Award; it led to a further study placing Dryden and others in the context of Restoration music, painting, and gender politics: “When Beauty Fires the Blood”: Love and the Arts in the Age of Dryden (1992). Winn has edited book-length collections of essays on Pope and Dryden, written articles on subjects as diverse as Milton, Faulkner, and the Beatles, and ventured polemical pieces on deconstruction, the new historicism, and the practice of tenure.

Winn’s recent books have aimed at a wider audience. The Pale of Words: Reflections on the Humanities and Performance (Yale, 1998), is an expanded version of the James Murray Brown lectures, which he delivered at the University of Aberdeen in 1996. In this deliberately provocative book, Winn contends that the disciplines we call the humanities have identified themselves excessively with the written word. He exposes the hostility and fear with which writers and philosophers throughout Western history have regarded forms of expression not couched in words, despite the fact that much of what humanists study originates in performance. The Poetry of War (Cambridge, 2008), a book for general readers, is grounded in the belief that poetry tells the deepest truths about war. Drawing on poets from Homer to Bruce Springsteen, Winn shows how they express and question our personal reasons for fighting—honor, shame, comradeship, revenge—and how they shape and expose our corporate incentives for warfare—religion, empire, chivalry, freedom.

Winn’s scholarly interest in music reflects his continuing career as a concert flutist. After studies with Francis Fuge of the Louisville Orchestra and Samuel Baron of the Bach Aria Group, he served for many years as the regular flutist for concerts at Columbia University by the Guild of Composers, premiering new works by Robert Pollock, Eugene Lee, and Mark Zuckerman. His New York debut in 1983, sponsored by the Guild, included a performance of Stefan Wolpe’s Piece in Two Parts for Flute and Piano with pianist Susan Almasi, later broadcast nationally on NPR. With harpsichordist Charles Rudig, he recorded two of Couperin’s Concerts Royaux for the Musical Heritage Society, and he made the first recording of Mark Zuckerman’s Paraphrases for Flute Alone on CRI. His recitals with keyboard artists and string players have included appearances in numerous American venues, as well as performances in Austria, England, and Scotland.

Winn’s current project, now supported by the Guggenheim Foundation, is a study of politics and culture in the life and reign of Queen Anne, approaching the life and reign of this popular and successful monarch through her knowledge and patronage of the arts. She was a competent performer on the guitar and the harpsichord, an excellent dancer and actress in her youth, a fluent speaker of French, a shrewd connoisseur of painting and architecture, a promoter of opera, and a reader able to quote such poets as Cowley from memory. In crafting works of art designed to flatter and please her, artists including Dryden, Purcell, Lely, Kneller, Wren, Philips, Handel, and Pope reveal the complex and nuanced interplay between political and aesthetic motives that defines the culture of this fascinating period.