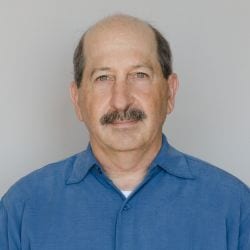 James I. Porter is Professor of Rhetoric and Classics at the University of California, Berkeley, where he holds the Irving Stone Chair in Literature. His teaching and research interests are in the areas of aesthetics, philosophy, literature, classical reception, and critical theory from Greco-Roman antiquity to the present. A recipient of fellowships from the Deutscher Akademischer Austauschdienst, the National Endowment for the Humanities, the Stanford Humanities Center, the Alexander von Humboldt-Stiftung, and the Getty Research Institute, he previously held teaching positions at the University of Michigan, Ann Arbor and at the University of California, Irvine. He has also been the Benjamin Meaker Visiting Professor at the Institute for Advanced Studies and the Department of Classics & Ancient History at the University of Bristol (UK) and an Old Dominion Fellow in the Council of the Humanities at Princeton University. In May 2019 he will deliver the J. H. Gray Lectures at Cambridge University.

He is currently completing a book entitled Homer: The Very Idea (to be published by Chicago University Press). His next book, Literary Aesthetics After Aristotle (Cambridge University Press), will be the final installment in a three-volume sequence, the aim of which is to provide a reappraisal of aesthetic reflection and experience in ancient Greece and Rome.