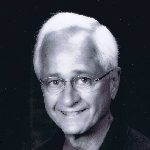 James Naremore is Chancellors’ Professor Emeritus of Communication and Culture, English, and Comparative Literature at Indiana University. His research, which centers on classic Hollywood cinema and modernist literature, is concerned with questions of style, cultural politics, and ideology. A former Asa Mellon Bruce Fellow of the National Gallery of Art, he has lectured widely in the U.S. and Europe and taught as a guest at the University of Chicago, the School of the Chicago Art Institute, and the University of Hamburg. His books include The World without a Self: Virginia Woolf and the Novel (1972), Filmguide to Psycho (1973), The Magic World of Orson Welles (1979, revised edition 1988), Acting in the Cinema (1987), The Films of Vincente Minnelli (1993), On Kubrick (2007), and Sweet Smell of Success (2010). One of his books, More than Night: Film Noir in its Contexts (1999, revised edition 2007), was awarded the international Kraszna-Krausz Moving Image Book Award and a commendation from the Society of Cinema and Media Studies. Naremore’s writings have been translated into eight languages. He is currently the editor of the Contemporary Film Directors series (2003-present) and a writer-at-large for Film Quarterly.