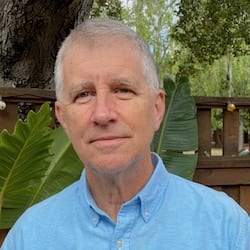 James T. Campbell is the Edgar E. Robinson Professor in United States History at Stanford University, where he teaches courses in American, African American, and South African history. He previously taught at Brown University, where he chaired the university's pioneering Steering Committee on Slavery and Justice, a multi-year public examination of the university's historical relationship to slavery and the transatlantic slave trade. He is the author or editor of several books, including: Songs of Zion: The African Methodist Episcopal Church in the United States and South Africa; Race, Nation, and Empire in American History; Slavery and the University: Histories and Legacies; Mississippi Witness; and Middle Passages: African American Journeys to Africa, 1787-2005, which was a finalist for the 2007 Pulitzer Prize in History. A committed public historian, Campbell has served as an historical consultant for numerous documentary films, public school curricula, and museum exhibitions, including the “Power of Place” exhibit at the Smithsonian Institution's National Museum of African American History and Culture. Photo Credit: Leah Campbell