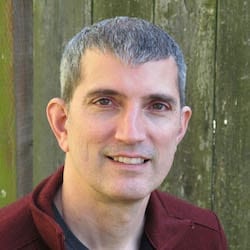 I am Professor of Cinema and Media Studies at the University of Washington and the author of Moving Pictures, Still Lives: Film, New Media, and the Late Twentieth Century (Oxford, 2018) and The Age of New Waves: Art Cinema and the Staging of Globalization (Oxford, 2013), which received the Katherine Singer Kovács Book Award from the Society for Cinema and Media Studies. In my research and writing I explore the relationship between cinematic images and the material world. My current project focuses on the artificial settings designed and constructed in the classical Hollywood studios. As art director Rudolph Sternad said in 1952, making movies on sound stages and backlots was “90 percent physical.” For that reason, I reframe the history of Hollywood cinema by foregrounding the role of design and fabrication in the studio system, the factory that conjured up and engineered dream after dream. I launched this project while studying design with the support of a New Directions Fellowship from the Andrew W. Mellon Foundation, and I conducted archival research on studio art departments with a grant from the Academy Film Scholars program at the Academy of Motion Picture Arts and Sciences.