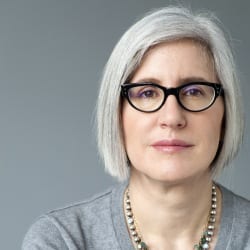 Jane Kamensky is Professor of History at Harvard University and the Carl and Lily Pforzheimer Foundation Director of the Arthur and Elizabeth Schlesinger Library on the History of Women in America at the Radcliffe Institute for Advanced Study. Born in Manhattan, she received her BA, MA, and PhD from Yale.

Kamensky is a historian of the Atlantic world and the United States with particular interests in family, culture, and everyday life. Her most recent book, A Revolution in Color: The World of John Singleton Copley (2016), won the New-York Historical Society’s Barbara and David Zalaznick Book Prize in American History, the James Bradford Biography Prize of the Society for Historians of the Early American Republic, and the Annibel Jenkins Biography Prize of the American Society for Eighteenth-Century Studies; and was a finalist for PEN’s Jacqueline Bograd Weld Award for Biography, the Marfield Prize for Arts Writing, and the George Washington Book Prize. Her previous books include The Exchange Artist: A Tale of High-Flying Speculation and America’s First Banking Collapse (2008), also a finalist for the George Washington Book Prize; Governing the Tongue: The Politics of Speech in Early New England (1997); and the novel Blindspot (2008), jointly written with Jill Lepore.

As a Guggenheim Fellow, she will be working on a history of the sexual revolution as revealed by the biography of feminist sex radical Candida Royalle. Candida Royalle and the Sexual Revolution: A History from Below, will be published by W. W. Norton.