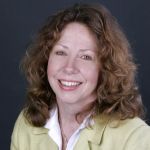 Jane Landers is Gertrude Conaway Vanderbilt Professor of History at Vanderbilt University. She is the author of numerous books, chapters, and articles on Africans in the Atlantic World, the most recent being the award-winning Atlantic Creoles in the Age of Revolutions (Cambridge, MA, 2010). She is the recipient of fellowships from the National Endowment for the Humanities, the American Council of Learned Societies, the British Library Endangered Archives Programme, and the Fund for the Improvement of Post-Secondary Education. She is currently co-directing Vanderbilt’s Andrew W. Mellon Foundation John E. Sawyer Seminar, “The Age of Emancipation: Black Freedom in the Atlantic World" and the Circum-Atlantic Studies Seminar, now in its eleventh year.  Another of her long-term projects is the Ecclesiastical and Secular Sources for Slave Societies digital archive which is preserving the oldest records for Africans in Brazil, Colombia, Cuba, and the present-day United States. She has consulted on a variety of archaeological projects, documentary films, and museum exhibits about Africans in the Americas. During her Guggenheim Fellowship year she will complete a monograph on the evolution of communities of African descent in the Iberian Atlantic from their earliest formulations as autonomous kingdoms in the wilderness through their last vestiges as formally recognized free black towns in the eighteenth century.  This book builds on more than twenty years of ethnohistorical research in archives in Spain, Cuba, Ecuador, Colombia, Mexico, the Dominican Republic, and Brazil, and is informed by archaeological investigations of African sites in the Americas. Follow this link to view the archive project Follow this link to view a video