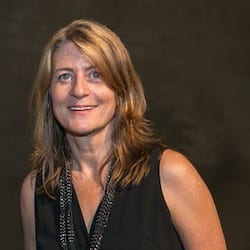 Born in Manchester, United Kingdom, Jane South worked in experimental theater before moving to the United States in 1989.