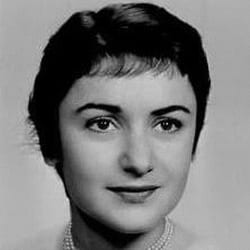 Janet Abramowicz was a practicing painter and printmaker based in New York City. During her career she also lived and worked in Kyoto, Tokyo, and Rome. While in Japan she traveled throughout the country studying workshops of papermakers, and she wrote reviews about modern art for the Asahi Evening News, including the works of Wols, Barnet Newman, André Kertész, and Japanese contemporary artists. Her first solo exhibition was held at the Nantenshi Gallery in Tokyo.

She is a graduate of the Accademia di Belle Arti in Bologna, where she was a student of Giorgio Morandi and also served as his teaching assistant. She wrote extensively on the painter, beginning in 1968 with an essay for the Vancouver Art Gallery and most recently for the Metropolitan Museum of Art (2008). Her book Giorgio Morandi: The Art of Silence, published by Yale University Press, is the most complete biography of the painter. Now in its second printing, her book has recently been translated into Japanese and published in Tokyo.

From 1971 to 1991 she was senior lecturer in fine arts at Harvard University, where she established a program in the history of materials and studio techniques for the department of fine arts. In 1990 she was elected a member ad honorem of the Accademia Clementina in Italy for her contribution to Italian studies. She received fellowships and grants from many institutions, including the Fulbright Commission, the Japan Foundation, Rockefeller Foundation’s Bellagio Study Center, the American Council of Learned Societies, and the Elizabeth Foundation for the Arts, and she was a visiting artist during several summers at the American Academy in Rome and an artist-in-residence at both the MacDowell Colony and the Istituto Nazionale per la Grafica in Rome.