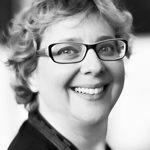 According to Sculpture Magazine Echelman’s work charts "a bold new direction for sculpture" and her commission She Changes for Portugal is "one of the truly significant public artworks in recent years." Her award-winning installation spanning two city blocks in downtown Phoenix, Her Secret is Patience, has been credited with creating a sense of place that fosters urban identity and revitalization. Recents works include Water Sky Garden, which premiered at the 2010 Vancouver Winter Olympics; the 1.26 project which opened with the Biennial of the Americas and traveled to Sydney, Australia; and the “zone of recomposure” for San Francisco International Airport’s new Terminal Two, where she cut holes in the roof and created soaring forms that pierce the architecture.

Echelman lived in Bali, Indonesia, after graduating from Harvard College, and later completed graduate degrees in painting and counseling psychology.  Recipient of the Aspen Institute Henry Crown Fellowship, the Harvard Graduate School of Design Loeb Fellowship, the Japan Foundation Artist Fellowship, a Fulbright Senior Lectureship in India, and awards from the Knight Foundation, New York Foundation for the Arts, Pollock-Krasner Foundation, and Rotary International Foundation, Echelman was appointed Resident in Visual Arts at the American Academy in Rome.

Her TED Talk “Taking Imagination Seriously” has been translated into thirty-three languages and is estimated to have been viewed by more than a million people.