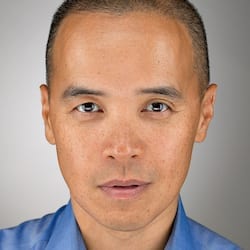 Jason Nieh is Professor of Computer Science at Columbia University. He has made research contributions across a broad range of areas, including operating systems, virtualization, computer architecture, cloud computing, formal verification, mobile computing, multimedia, web technologies, and performance evaluation. Technologies he developed are widely used in major operating system platforms, including Android and Linux, and are built into Arm processors, billions of which ship each year. Nieh is a Fellow of the ACM and IEEE. Other honors for his research work include a Sigma Xi Young Investigator Award, a National Science Foundation CAREER Award, a Department of Energy Early Career Award, numerous industry research awards, including those from Amazon, Google, and IBM, and various best paper awards, including those from MobiCom, SIGCSE, SIGMETRICS, and SOSP. A dedicated teacher, he received the Distinguished Faculty Teaching Award for his innovations in teaching operating systems and for introducing virtualization as a pedagogical tool, which has become common practice at universities around the world. Nieh earned his B.S. from MIT and his M.S. and Ph.D. from Stanford University, all in Electrical Engineering.