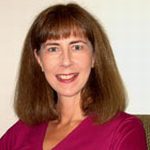 Jean Ensminger is the Edie and Lew Wasserman Professor of Social Science at the California Institute of Technology. Her 1984 Ph.D. is from Northwestern University. Ms. Ensminger is a past President of the Society for Economic Anthropology and served as Division Chair for the Humanities and Social Sciences at Caltech from 2002-2006. She is known for work at the interface of economics, political science, development, and anthropology, and has conducted several decades of research on the political economy of development in one African society (Making a Market: The Institutional Transformation of an African Society, published by Cambridge University Press). Her earlier work in political economy employed insights from the New Institutional Economics and included analyses of property rights, transaction costs, principal-agent relations, and the relationship between economic incentives and a range of social and economic behaviors, including conversion to Islam.

Over the past decade Ms. Ensminger has been co-PI of the Roots of Human Sociality Project, which uses economic experiments in small-scale societies around the world in an effort to understand the co-evolution of market institutions and prosocial norms of fairness, trust, and cooperation; this work has recently appeared in Science (2006 and 2010).

In recent years, Ms. Ensminger’s work has focused upon an intensive case study of corruption networks in development. During her term as a Guggenheim Fellow, she will complete a book tracing the who, what, when, where, and why of corruption, both within an African society and within the business of aid.