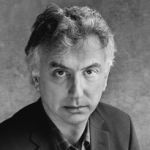 Jed Perl has been the art critic at The New Republic since 1994. Among his books are Eyewitness: Reports from an Art World in Crisis, Antoine’s Alphabet: Watteau and His World, and New Art City: Manhattan at Mid-Century, which was a 2005 New York Times Notable Book and a 2005 Atlantic Monthly Best Book of the Year. He is currently working on the first full-length biography Alexander Calder, to be published by Knopf, for which he has received both a Guggenheim Fellowship and a Fellowship from the Leon Levy Center for Biography at CUNY.

Mr. Perl has written for many publications, including Harper’s, The Atlantic, Salmagundi, Partisan Review, The Threepenny Review, The Yale Review, Modern Painters, Raritan, Nexus, The New Criterion, The New York Times Book Review, and Vogue, where he was a Contributing Editor in the 1980s. One of his essays for The New Republic, about the reopening of the Museum of Modern Art, was included in The Best American Magazine Writing 2005. In addition to his writings about the visual arts, he has published studies of critics and historians, including Meyer Schapiro, Alfred Kazin, Edmund Wilson, Lincoln Kirstein, and Roger Shattuck. Mr. Perl has been a Visiting Professor of Liberal Studies at The New School for Social Research since 2004. In the spring of 2003, he was the first Andrew and Marian Heiskell Visiting Critic at the American Academy in Rome. He is on the board of the Heliker-LaHotan Foundation, which operates an artists’ residence program in Maine.

Mr. Perl has appeared on Charlie Rose, the McNeil Lehrer News Hour, CNN, and National Public Radio. He has received awards from the Ingram Merrill Foundation, the Judith Rothschild Foundation, and the Renate, Hans and Maria Hofmann Trust. He has lectured and taught at many museums and universities, including the Smithsonian American Art Museum in Washington, D.C., where he gave a Clarice Smith Distinguished Lecture in American Art in 2006, and Oxford University, where he gave a Slade lecture, “Contemplation and Magic: On the Essence of the Museum,” in 2002.

Mr. Perl lives in New York City with his wife, the painter Deborah Rosenthal. Their son, Nathan Perl-Rosenthal, is a graduate student in American and European History at Columbia University.