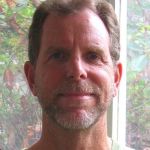 For most of my career I was a science writer and editor. In addition to magazine articles, mainly for Discover, I wrote two books, Degrees of Disaster, about the Exxon Valdez oil spill (1994), and The Irritable Heart, about the Persian Gulf War illnesses (2001). Lately the study of history and religion has liberated me from science writing.

I have completed a book about a family of Catholic Hispanos who inherited a breast-cancer mutation known as BRCA1.185delAG. The book builds upon an article I published in 2008 in Smithsonian magazine. The genetic mutation proves (or all but proves) that the family has Jewish ancestry. Set in the San Luis Valley of Colorado, the book is a historical and scientific investigation that ranges from ancient Palestine and the Spanish Inquisition to the modern DNA lab and the Kingdom Hall of the Jehovah's Witnesses. At the heart of the narrative is a young woman who struggles with breast cancer until her proud and untimely death. The title of the book is The Wandering Gene and the Indian Princess: Race, Religion, and DNA. The publisher is W.W. Norton. Follow this link to view the book's website.

One of the advisers to my book project is Dr. Harry Ostrer of the New York University School of Medicine. An expert both on the genetics of Jewish populations and of heritable disorders, Dr. Ostrer has extended his investigation to Hispanos. Recently I helped him organize a DNA-sampling meeting in San Luis Valley. I discuss the implications of this research in my book.

The book’s central character, Shonnie Medina, died in 1999, having decided to forego conventional medical treatment for her breast cancer. The book asks why she died. The answer has to do with her layered identities, which can be arranged in descending order, as it were, from the universals of her place and time in San Luis Valley, to the influences of her family heritage and religious beliefs, to the unique foundation of her DNA, which failed at a crucial juncture.