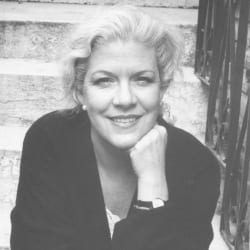 Jennifer Clement is the President of PEN International and the first woman to be elected since the organization was founded in 1921.

Clement is the author three novels: Prayers for the Stolen, A True Story Based on Lies and The Poison That Fascinates. Prayers for the Stolen was a New York Times Book Review Editor’s Choice Book, a PEN/Faulkner Award finalist, winner of the Gran Prix des Lectrices Lyceenes de ELLE 2015, an NEA Fellowship and the Sara Curry Humanitarian Award. The novel appeared internationally on many “Best Books of the Year” lists, including The Irish Times. She has also published of four books of poetry including The Next Stranger (with an introduction by W.S. Merwin). Clement’s books have been translated into 27 languages.

Jennifer Clement wrote the acclaimed memoir Widow Basquiat on New York City in the early 1980’s and the painter Jean-Michel Basquiat. Glenn O’Brien in Artforum described this work as, "Magical…Widow Basquiat conjures real characters, a real time and real place. It’s not theory – it’s representation. … The life of Basquiat … is a joyous lightning bolt when it is described in true detail, as it is in Clement’s extraordinary as-told-to poem." NPR rated it one of the best books of 2015 in seven different categories.

From 2009 to 2012, Clement was president of PEN Mexico and her work focused on the disappearance and killing of journalists. She and her sister, Barbara Sibley, are the founders and directors of the San Miguel Poetry Week. Clement lives in Mexico City and is a member of Mexico’s prestigious “Sistema Nacional de Creadores”.