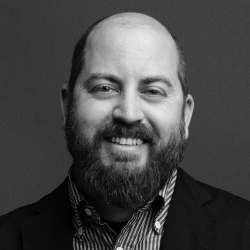 Jess Row was born in 1974 in Washington, DC. After graduating from Yale in 1997, he taught English for two years as a Yale-China fellow at the Chinese University of Hong Kong. He completed an MFA at the University of Michigan in 2001. His first book, The Train to Lo Wu, a collection of short stories set in Hong Kong, was published in 2005; his second collection of stories, Nobody Ever Gets Lost, appeared in 2011. His first novel, Your Face in Mine, was published in August 2014. His current projects are a novel, tentatively titled The New Earth, to be published by Ecco, and a collection of essays about race and American fiction, White Flights, to be published by Graywolf.

His stories have appeared in The New Yorker, The Atlantic, Tin House, Conjunctions, Ploughshares, Granta, American Short Fiction, Harvard Review, and elsewhere, have been anthologized three times in The Best American Short Stories, and have won two Pushcart Prizes and a PEN/O. Henry Award. He has also received an NEA fellowship in fiction and a Whiting Writers Award. In 2007, he was named a “Best Young American Novelist” by Granta. His nonfiction and criticism appear often in The New York Times Book Review, Bookforum, Threepenny Review, and Boston Review, among other venues.

Jess is an associate professor of English at The College of New Jersey. He lives in New York City with his wife and their two children. A student of Zen for more than twenty years, he is an ordained dharma teacher in the Kwan Um School of Zen.