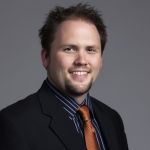 Reviewing a performance of Jesse Jones’ music by the Juilliard String quartet at Alice Tully Hall, the New York Times praised the composition as “Eloquent in its melancholy, [making] a striking impact in a poised, intense account.” And in its estimation of another performance of his work by the Juilliard Quartet, the Los Angeles Times was equally effusive: “Jones works in eerie microtones, producing glassy surfaces like a mystically still sonic pond onto which he throws pebbles and generates ripples. He employs sliding tones, fluttering effects, modal melodies and…one hears…hints of Eastern European holy Minimalism. It’s an engaging, well-written piece, grit-free.”

Leading ensembles have commissioned and performed Jones’ works, including the Scharoun Ensemble Berlin (a nonet comprised of musicians from the Berliner Philharmoniker), Alter Ego (Italy), the Argento Chamber Ensemble (New York), the Open End Ensemble, counter)induction, the Pulse Chamber Group, SO Percussion, the New Fromm Players, the Cornell Symphony Orchestra and Wind Ensemble, the Israeli Chamber Project, the Aspen Contemporary Ensemble, the Cornell Glee Club and Chorus, New York’s Camerata Notturna, and the iO and Momenta String Quartets. During their 2013–2014 season, the ever-transcendent Juilliard String Quartet performed Jones’s thirty-minute String Quartet No. 3, a work they commissioned, some nineteen times across the United States, Denmark, Germany, and the Netherlands.

As a performer, Jones has been featured on the nationally broadcast A Prairie Home Companion with Garrison Keillor where he played to an estimated live and listening audience of 6 to 10 million. From 2001 to 2005, Jones toured extensively as a vocalist and mandolinist with the genre-busting ensemble String Helix, composing much of the ensemble’s core repertoire. Jones has also been featured on the stages of the Oregon Bach Festival, the Sisters Folk Festival, the Wintergrass Mainstage, and on public television and radio. Jones also took first prize in the 2004 Columbia Gorge Mandolin Competition of the Stevenson Bluegrass Festival.

Jones holds a D.M.A. in music composition from Cornell University, where in 2012 he defended his dissertation, Microtonalis: A Systematic Approach to Microtonal Composition, a theoretical treatise on quartertone harmony which is now published internationally by Lambert Academic Publishing (Saarbrucken, Germany). While at Cornell, Jones studied composition with Steven Stucky, Roberto Sierra, and Kevin Ernste. In 2007, Jones earned his master’s degree (M.M.) in composition from the University of Oregon, under teachers David Crumb and Robert Kyr, and in 2005 his bachelor’s degree (B.M.) from Eastern Oregon University, under John McKinnon and Leandro Espinosa. Jones is currently Assistant Professor of Composition and Theory at the University of South Carolina, where he co-directs the critically acclaimed new music concert series, Southern Exposure.