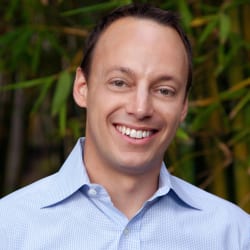 Jesse Rodin strives to make contact with lived musical experiences of the distant past. Focusing on the fifteenth century, he immerses himself in the original sources, singing from choirbooks, memorizing melodies and their texts, even recreating performances held at weddings, liturgical ceremonies, and feasts. As Director of the Josquin Research Project, he uses digital tools to subject fifteenth-century repertories to both close and “distant” reading. As Artistic Director of the internationally renowned ensemble Cut Circle, he works with world-class singers to recapture early music’s intensity and grit.

Rodin’s current project creates an analytical methodology for understanding musical form. Treating music alongside jousts, paintings, buildings, and liturgy, this study aims to bring us closer than ever before to late-medieval musicians and listeners while asking us to think harder about our own fragmented, accelerated temporality.

Rodin is Associate Professor of Music at Stanford University and co-editor of the Journal of Musicology. He received his B.A. from the University of Pennsylvania (2000) and his Ph.D. from Harvard University (2007). He is the author of Josquin’s Rome: Hearing and Composing in the Sistine Chapel (Oxford University Press, 2012), editor of a volume of L’homme armé masses for the New Josquin Edition (2014), and co-editor of The Cambridge History of Fifteenth-Century Music (2015). He is the recipient of awards and fellowships from the Université Libre de Bruxelles, the American Council of Learned Societies, the American Society of Composers, Authors, and Publishers, the Harvard University Center for Italian Renaissance Studies, and the American Musicological Society. For his work with Cut Circle he has received the Prix Olivier Messiaen, the Noah Greenberg Award, Editor’s Choice (Gramophone), and a Diapason d’Or.

At Stanford Rodin directs the Facsimile Singers, which helps students develop native fluency in old musical notation. He also co-teaches “Food, Text, Music: A Multidisciplinary Lab on the Art of Feasting,” in which students explore historical sources, attend to issues of aesthetic experience and sustainability, and cook medieval recipes in Stanford’s Teaching Kitchen.