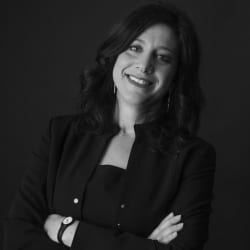 Jessica Silbey is a Professor of Law and Co-Director of the Center for Law, Innovation and Creativity at Northeastern University School of Law in Boston, Massachusetts. Her research and teaching focus on law’s entanglement with other disciplines such as the humanities and social sciences. In addition to a law degree, she has a Ph.D. in Comparative Literature and draws on her studies of literature and film to better account for law’s force, both its effectiveness and failing as socio-political regulation. Professor Silbey teaches and writes in the area of intellectual property, constitutional law, and evidence. Her most recent book, The Eureka Myth: Creators, Innovators and Everyday Intellectual property (Stanford University Press 2015), has altered the national conversation about creativity and invention. Based on interviews with authors, artists, inventors and lawyers, it challenges the traditional economic explanation for intellectual property law through a qualitative empirical investigation of diverse mechanisms and motives for producing creative and innovative work.

Professor Silbey has been awarded numerous grants for her innovative approach to the cultural analysis of law that combines qualitative empirical data analysis, textual and discursive interpretation and critique, and doctrinal legal study. Recently, she has been a Distinguished Lecturer at the Willson Center for Humanities and Arts at the University of Georgia, a Faculty Associate at the Harvard Berkman-Klein Center for Internet and Society, and is currently an Affiliate Fellow at the Yale Information Society Project. Professor Silbey has been invited to share her research across the globe, at universities, in private companies, and in government. Professor Silbey regularly runs workshops for judges and lawyers to discuss the collision of film technology with legal adjudication, helping legal decision-makers hone their critical capacities to assess both static and moving images that compete for truth in the digital era.

While a Guggenheim Fellow, Professor Silbey will work on a new book that considers intellectual property debates in law and culture as a bellwether of changing social justice needs in the twenty-first century. As the digital age democratizes technological opportunities, it brings intellectual property law (until recently an isolated legal discipline) into mainstream everyday culture. As intellectual property enters popular culture, it generates scholarly and public debates about the relationship between Constitutional “progress of science and useful arts” and other fundamental values, such as equality, privacy, and distributive justice that are increasingly challenged in today’s internet world. The book argues that intellectual property law is becoming a central framework through which to discuss essential socio-political issues, extending ancient debates over our most cherished values, refiguring the substance of “progress” in terms that demonstrate the urgency of art and science to social justice today.