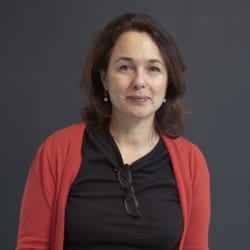 Jessica Stern is Lecturer on Law at Harvard Law School. She teaches courses on terrorism and counterterrorism. She is also a member of Hoover Institution's Task Force on National Security and Law. She is the author of Terror in the Name of God: Why Religious Militants Kill, selected by the New York Times as a notable book of the year, The Ultimate Terrorists, and numerous articles on terrorism and proliferation of weapons of mass destruction. She served on President Clinton's National Security Council Staff in 1994-95. Ms. Stern was selected by Time Magazine in 2001 as one of seven thinkers whose innovative ideas "will change the world." She advises a number of government agencies on issues related to terrorism and has taught courses for government officials. She was recognized by FBI Director Robert Mueller for her assistance to the U.S. government in its effort to thwart international terrorism. Ms. Stern is a member of the Trilateral Commission and the Council on Foreign Relations. She has served on the Advisory Boards of a number of organizations, including the American Bar Association Committee on Law Enforcement and National Security; and she currently serves on the editorial boards of Current History and Bulletin of the Atomic Scientists, among others. She was named a Council on Foreign Relations International Affairs Fellow, a National Fellow at Stanford University's Hoover Institution, a Fellow of the World Economic Forum, and a Harvard MacArthur Fellow. Ms. Stern earlier worked as an analyst at Lawrence Livermore National Laboratory. She has a bachelors degree from Barnard College in chemistry, a masters degree from MIT in technology policy, and a doctorate from Harvard University in public policy.