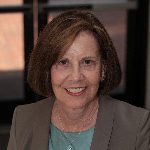 Jill Quadagno is Professor of Sociology at Florida State University, where she holds the Mildred and Claude Pepper Eminent Scholar Chair in Social Gerontology. Professor Quadagno is the author of more than fifty articles and twelve books on aging and social policy issues. In addition to being a Guggenheim Fellow, she has also been the recipient of an American Council of Learned Societies Fellowship.

She has won numerous professional awards including the Distinguished Scholar Award from the Section on Aging of the American Sociological Association in 1994, the Eliot Friedson Outstanding Publication Award (2006) and the Leo G. Reeder Award (2008), both from the section on Medical Sociology, and the Alumni Distinguished Achievement Award for 2001–2002 from the University of Kansas College of Liberal Arts and Sciences. She has also been involved in public policy, serving as Senior Policy Advisor on the President’s Bipartisan Commission on Entitlement and Tax Reform in 1994. Her book, The Color of Welfare: How Racism Undermined the War on Poverty (Oxford UP) was selected for the National Press Club's Authors Night and Book Fair and received the award for the Outstanding Book on the Subject of Human Rights from the Gustavos Meyers Center for the Study of Human Rights in North America.

Her most recent book is One Nation, Uninsured: Why the US Has No National Health Insurance (Oxford UP). Following publication of her book, she was invited by Senator Harry Reid to be a featured speaker on the panel “Getting to Universal Coverage: Challenges and Opportunities” at the annual Issues Conference for Democratic Senators. A former President of the American Sociological Association, in 2010 she was elected to the prestigious Institute of Medicine.