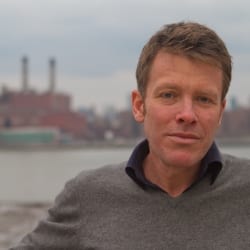 Jochen Hellbeck’s research centers on individual life stories and the shaping of the self in modern Europe, with a primary focus on the Soviet Union. He particularly seeks to understand the place of individuals in the context of cataclysmic events of the 20th century: the Russian Revolution, Stalin’s terror regime, and the Second World War. His work research has contributed to a more capacious and humane understanding of the Soviet Union, of World War II, and of how consciousness survived in societies that supposedly eradicated it.

Hellbeck’s first monograph, Revolution on My Mind: Writing a Diary under Stalin (2006), examined the ways in which narratives of redemptive violence and transformation that defined the Soviet project attached themselves to individuals on the ground. It revealed how authors of diaries sought to fashion their lives to become worthy participants of a world historical drama. His most recent book, Stalingrad: the City that Defeated the Third Reich (2015), narrates the Soviet experience of the battle of Stalingrad. The book is based on previously unknown eyewitness reports that were gathered by a historical commission in Stalingrad during the final stages of the battle and in its immediate aftermath. As it weaves these previously unknown wartime accounts into veritable tapestries, Stalingrad brings important human texture to a struggle that has been overwhelmingly told through German eyes and in ways that depersonalize the city’s defenders. Since its first German publication in 2012, Stalingrad has been translated into many languages.

As a Guggenheim fellow, Hellbeck will work on wartime efforts to record German atrocities committed on Soviet soil. Entitled, “Soviet Suffering under Nazi Rule,” his book-in-progress explores hundreds of testimonies from survivors of the German occupation regime for the meanings and political uses they held for the witnesses and their interviewers. The project highlights a hitherto overlooked epicenter of the Second World War and traces the continued work and explosive presence of deep-level war memories in the region.

Hellbeck has taught in the United States, Germany, and Russia, and moves comfortably in each of these countries and their academic settings. One of his greatest commitments as a scholar who came of age when the Berlin Wall collapsed has been to foster cross-cultural exchange and understanding. In 2017, he helped launch the “Pulse Project,” a participatory documentary initiative aimed at taking the pulse of the American nation in the 21st century. Volunteer participants from all walks of life and of all political persuasions reflect on their lives and share their thoughts about the world around them in a time of ongoing change. The project seeks to foster individual reflection and mutual recognition in the service of kindling a new dialogue across political divides. In so doing it records our rapidly evolving social conditions in ways that no other archive currently does.

Facing Stalingrad: Portraits of German and Soviet Survivors
Taking the Pulse of the American People, The Pulse Project