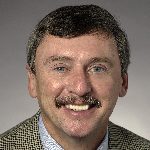 John Aldrich is the Pfizer-Pratt University Professor of Political Science at Duke University.  He has taught previously at Michigan State University and the University of Minnesota.  He is interested in two general questions about politics:  how, when, and under what conditions does democracy work effectively and how and why do people make the political decisions they do.  Much of his work has focused on American politics, and his books such as Before the Convention (Chicago, 1980) and Why Parties? (Chicago, 1995; 2011) reflect those interests.  The former examines what was then the new system of presidential nominations, while the latter examines political parties, seeking to understand when, how, and why they contribute to the effectiveness of democracy.  Both examine the institutions of democracy, with the latter in particular having a substantial historical component.  More recently, Aldrich has become engaged in more comparative study, especially through the use of survey research across nations, to seek to understand what is common across democracies and what is more nearly unique to each.

He will be using the Fellowship to return to a more historical analysis of the differences in political institutions between the North and the South and how they were shaped by and contributed to the profound regional differences that have long defined the central problem of American democracy and that continue to play a role in shaping politics today.