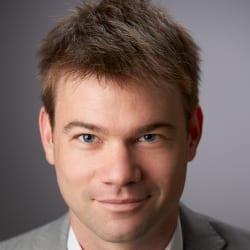 --American Academy of Arts and Letters


John Aylward has been described by the Boston Globe as "A composer of wide intellectual curiosity", who summons "textures of efficient richness, delicate and deep all at once." His music is intertwined with both modern and ancient literary traditions, from Plato to Thomas Mann, and is also deeply effected by time spent in the deserts of Arizona and New Mexico. These streams of influence have led to a music that considers ancestral concepts of time, appropriations of indigenous cultures into surrealism, impressionism and post-modernism, and the connections between native traditions and Greek and Roman mythology.

Aylward's work has been performed internationally by a range of ensembles and soloists, and his own ensemble, Ecce, has served as a laboratory for his larger projects to take shape. Both as a pianist and as a director of the Etchings Festival of Contemporary Music, Aylward has supported new music of all kinds through commissions and performances.

Awards and fellowships include those from the American Academy of Arts and Letters, the Radcliffe Institute at Harvard University, the Koussevitzky Commission from the Library of Congress, the Fulbright Foundation (Germany), the DAAD (residency in Berlin) the MacDowell Colony, Tanglewood, the Aspen Music School, the Atlantic Center for the Arts, the Virginia Center for the Creative Arts, First Prize from the International Society for Contemporary Music, and many others.