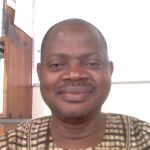 Education: University of the West Indies

Having taught philosophy at the University of Ife and Ogun State University, Ago-Iwoye, Nigeria, he came to the University of the West Indies, Mona Campus, as a Rhodes Visiting Lecturer in Philosophy in 1991 on sabbatical, and has taught and researched philosophy there since then. In 1995 he was a Member of the People to People Citizen Ambassador Philosophy visitors to Hungary and Russia, and a Caribbean Exchange Scholar at Hunter College, CUNY, New York, in 2002. He was the 2009 Most Outstanding Researcher, Faculty of Humanities and Education, UWI, Mona, a Member, Jamaica National Bioethics Committee, a Member of the Executive Board and Coordinator of Continental African Philosophy Affairs for the Caribbean Philosophical Association (CPA), a Fellow of the Jamaica Institute of Management, Kingston, Jamaica, a Visiting Scholar, University of Botswana, Gaborone, Botswana, a member, International Advisory Council on Culture, Russia Academy of Arts (EIDOS), St. Petersburg, Russia, and an Awardee of University of the West Indies, Mona Campus Principal’s New Initiative Grant for Research.

While in graduate school in philosophy, he deepened his interest in philosophy, especially Western philosophy, undergoing studies in logic, empiricism and rationalism, logical positivism and pragmatism, epistemology and metaphysics, etc., and writing his M.A dissertation on “Scepticism as a Methodological Principle” and a Ph.D. dissertation on “Scepticism and Human Knowledge”; these were done deliberately to gain proper grounding in Western philosophical scholarship, with a view to making signal contributions to Africana Philosophy writ large. For it was clear to him that there was need to undertake rigorous and robust research in various aspects of Africana philosophy, if there were to be restitution for the philosophical traditions of Africana peoples. It appeared to him that immersing himself in Africana philosophy straightaway would lead to superficial outcomes, which would have undermined his interest, giving the impression that he was not familiar enough with global philosophy – as Western philosophy was wont to be seen by Western scholars.

His publications (over fifty essays) include two groundbreaking books in philosophy, namely, Beauty and Culture –Perspectives in African Aesthetics (Ibadan, Nigeria: Spectrum Books Ltd., 2003) and An Introduction to the Theory of Knowledge – A Pluricultural Approach (Ibadan, Nigeria: Hope Publications Ltd., 2007). Two of his most recent contributions to books are “African Aesthetics” (A – 29), in A Companion to Aesthetics, 2nd Edition, Stephen Davies et al., (eds.) (Blackwell Publishing Ltd., 2009) and “Philosophy, Cultures and Errors of Ontogenesis – Challenges, Opportunities and Dangers” in Conversations in Philosophy – Crossing the Boundaries, Roxanne Burton et al. (eds.) (Cambridge Scholars Publishing, 2008).

He is currently engaged in research in areas of Africana philosophies of law, leadership, society, economics of religion, epistemology of development and existentialism in Africana philosophy. A founding President of the International Society for African Philosophy and Studies (ISAPS), he is also a member of Caribbean Philosophical Association, Nigerian Philosophical Association, and the founding editor of Caribbean Journal of Philosophy, co-editor of Journal on African Philosophy, and consulting editor and reviewer for many journals in philosophy.