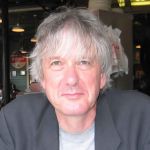 During his Fellowship term John Campbell will be working on causation in psychology. In particular, he will be working on ways in which interventionist models of causation can be used in the analysis of problems relating to the causal role of perceptual experience, the place of rationality in psychological causation, and the view of thinking as a motor process. His previous books are Reference and Consciousness (Oxford UP, 2002) and Past, Space and Self (MIT Press, 1994). He has published many articles on various aspects of philosophy of mind and language. http://ist-socrates.berkeley.edu/~jcampbel/index.htm