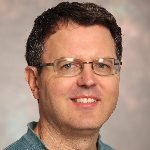 John Carlson received his A.B. degree in biochemistry at Harvard in 1977, and his Ph.D. in biochemistry from Stanford in 1982. For three years he carried out postdoctoral work at Stanford, and for twenty-six years he has been on the faculty at Yale, where he is currently Higgins Professor. His laboratory identified the first insect odor receptor genes and the first insect taste receptor genes. He has elucidated at the molecular and cellular levels some of the basic principles by which insects encode odors and tastants. He has compared odorant receptor repertoires of insect species that have different ecological needs. His awards include the Yale College Dylan Hixon Prize for Teaching Excellence in Natural Sciences (1998) and the Genetics Society of America Medal (2011). Eleven of his Ph.D. students have won awards for their doctoral dissertations.