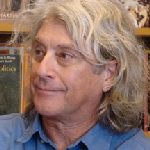 John Dufresne has won the Yankee Magazine award for fiction, the Transatlantic Review/Henfield Foundation Award, and a PEN Syndicated Fiction award. His novel Louisiana Power & Light was a Barnes & Noble Discover Great New Writers selection and a New York Times Notable Book of the Year, 1994. He is also the author of a short story collection, The Way That Water Enters Stone, three chapbooks, Lethe, Cupid, Time and Love; Well Enough Alone; and I Will Eat a Piece of the Roof and You Can Eat the Window; the novel Love Warps the Mind a Little, also a New York Times Notable Book of the Year, 1997; the novel Deep in the Shade of Paradise; the story collection Johnny Too Bad, and most recently, the novel Requiem, Mass. He is one of the thirteen authors of the mystery novel, Naked Came the Manatee. He has also written two books on the craft of fiction writing: The Lie That Tells a Truth: a Guide to Writing Fiction and Is Life Like This: a Guide to Writing Your First Novel in Six Months. He is the editor of the anthology Blue Christmas. His story “Johnny Too Bad” is included in New Stories of the South: Best of 2003. His story “The Timing of Unfelt Smiles” appeared in the anthology Miami Noir and in Best American Mystery Stories 2007. His story “The Cross-Eyed Bear” appeared in Boston Noir and in Best American Mystery Stories 2010. His novel, Requiem, Mass., was published by Norton in July 2008.

His short screenplay, The Freezer Jesus, won the 2001 Grand Valley State Screenwriting competition and was made into a movie directed by John Harper Philbin. The movie of his screenplay To Live and Die in Dixie (with Donald Papy) was released in April 2008. His monologue, “The Freezer Jesus,” was produced as part of an evening of monologues, Native Tongues, at Le Chat Noir Theater, New Orleans, June-September, 2000. His full-length play Trailerville was produced by the Blue Heron Theater in New York in 2005.