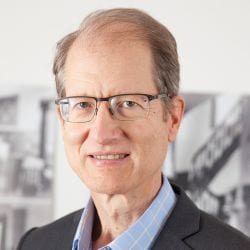 John Durham Peters is María Rosa Menocal Professor of English and Professor of Film and Media Studies at Yale. He is a media historian and theorist whose research focuses on the question of what it means to live in a world saturated by new and old technologies of communication. His books (all published by the University of Chicago Press) have placed this question in long historical horizons and wide philosophical frameworks. His first book, Speaking into the Air: A History of the Idea of Communication (1999) reconstructs ideas about love and connection from Plato to radio. Courting the Abyss: Free Speech and the Liberal Tradition (2005) tells the story of how dangerous speech came to be the mark of free speech. The Marvelous Clouds: Toward a Philosophy of Elemental Media (2015) builds a deep philosophy of technology that rethinks the challenges of the digital moment. Promiscuous Knowledge: Image, Information, and Other Truth Games in History, co-authored with the late Kenneth Cmiel (forthcoming in 2020) shows how troubles in managing the truth-value of pictures and facts over the last two centuries presage our so-called post-truth moment. All his work seeks to find original ways to understand how media, conceived broadly, have shaped the world we live in. His books aim for a broad intellectual readership, have been translated into ten languages, and have won several awards.

With the Guggenheim, Peters will complete a book manuscript tentatively called Weather Media in the Modern World. Weather might seem a banal topic, but it is actually one of the most telling domains in which modern men and women have interacted with their environment. Indeed, the idea of prosaic weather is distinctly modern, and this book shows how weather became banal, and even disastrously so in a time of climate change, through a study of five media by which moderns have experienced weather: words, pictures, numbers, sounds, and gods.

Peters received his Ph.D. in Communication Theory and Research from Stanford. He has advised or co-advised thirty-seven doctoral dissertations, almost all of whose authors have gone on to academic positions. He has lectured in over twenty-five countries and held fellowships that took him to the Netherlands, Greece, England, Finland, and Germany for extended periods, and has spent around six years outside the United States. He was an English major at Brigham Young University and the University of Utah, and is glad to teach literature and media studies at Yale. Though teaching and writing the world can briefly make sense, and he treasures that rare opportunity!