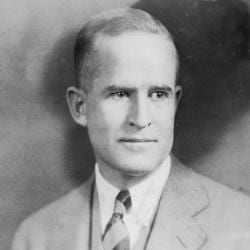 ORCHARD, JOHN EWING:  Appointed to study the transition that is occurring in China from agriculture and from household industries to modern manufacturing,  investigations to be carried on chiefly in China; tenure, eight months from June 20, 1931.

Publications: Japan’s Economic Position: The Progress of Industrialization, 1920; chapter on Marine Insurance in Influence of the Great War on Shipping, by J. Russell Smith, 1919; chapter on Gold in Political and Commercial Geology, edited by J. E. Spurr, 1920. Articles in Quarterly Journal of Economics, Geographical Review, Journal of Geography, Annals of the American Academy of Political and Social Science.