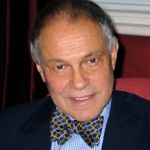 John Richetti, A. M. Rosenthal Professor of English (Emeritus) at the University of Pennsylvania, spent most of his career at three institutions: Columbia, where he earned his Ph.D. in 1968 and was an assistant professor until 1970; Rutgers, where he taught from 1970 to 1987, and completed his time there as Distinguished Professor of English; and Penn, where he served as Chairman of the English Department for seven years.  Mr. Richetti has also been a visiting professor at Stanford and Princeton, and served as the Berg Visiting Professor at NYU in 2005.

Mr. Richetti's work has focused on eighteenth-century prose, both fictional and nonfictional.  His first book, Popular Fiction before Richardson: Narrative Patterns 1700-1739 (Oxford UP, 1969; rpt. with new introduction by the author, 1992), has long been a standard work in the field.  His second book and much of his subsequent writing has explored the work of Daniel Defoe: Defoe's Narratives: Situations and Structures (Oxford UP, 1975), Daniel Defoe (Twayne English Authors Series, 1987), and  The Life of Daniel Defoe: A Critical Biography (Blackwell, 2005).  His third book, Philosophical Writing: Locke, Berkeley, and Hume (Harvard UP, 1983), broke new ground in considering eighteenth-century philosophical prose as literature.  In 1999, Mr. Richetti published a history of the eighteenth-century novel centered on the issue of social change during that period: The English Novel in History 1700-1780 (Routledge, 1999).

During 2008-09, John Richetti was President of the American Society for Eighteenth-Century Studies.